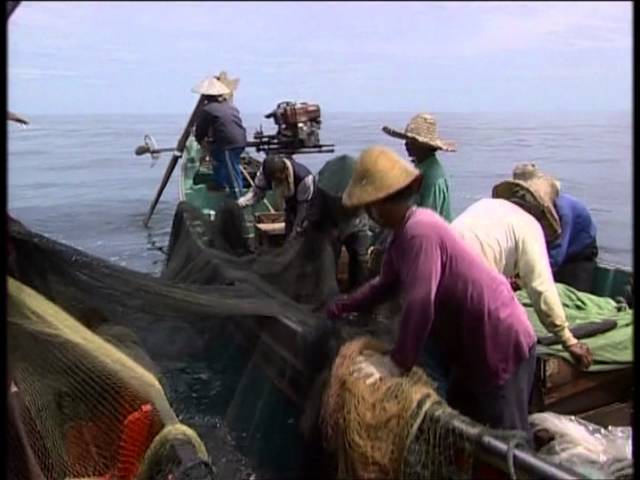 Documentary
Share on Facebook
Share on Twitter
Share on Pinterest
Share on LinkedIn
Fishing in Malaysia” is extraordinarily diverse and incredibly unusual. In a voyage of discovery throughout the Malay Peninsula we first encounter Kelantan fishermen who use palm tree branches to lure fish. Further south we join Penarik trawlers as they work at night using floating lights to attract their catch. In the wetlands of Tasik Bera, Semalai aborigines maintain their traditions catching jungle perches and catfish with spears and bamboo traps. In Pahang, fishermen use buffalos to transport freshly caught anchovies from the beach to the processing unit.

But fishing in Malaysia is not just a job it is also the country’s most popular hobby. Deep in the jungles of Kenyir Lake (one of the largest in South East Asia) anglers try to catch large and fierce species such as snakeheads and masheers.

Fishing in Malaysia is an activity as varied as its sea and freshwater life. As the different techniques are explained by the friendly locals we capture a sense of how these fishing traditions have been passed down from generation to generation.

“Like” in the video is the best way to support us.
Subscribe to this channel to hear about our upcoming publications.