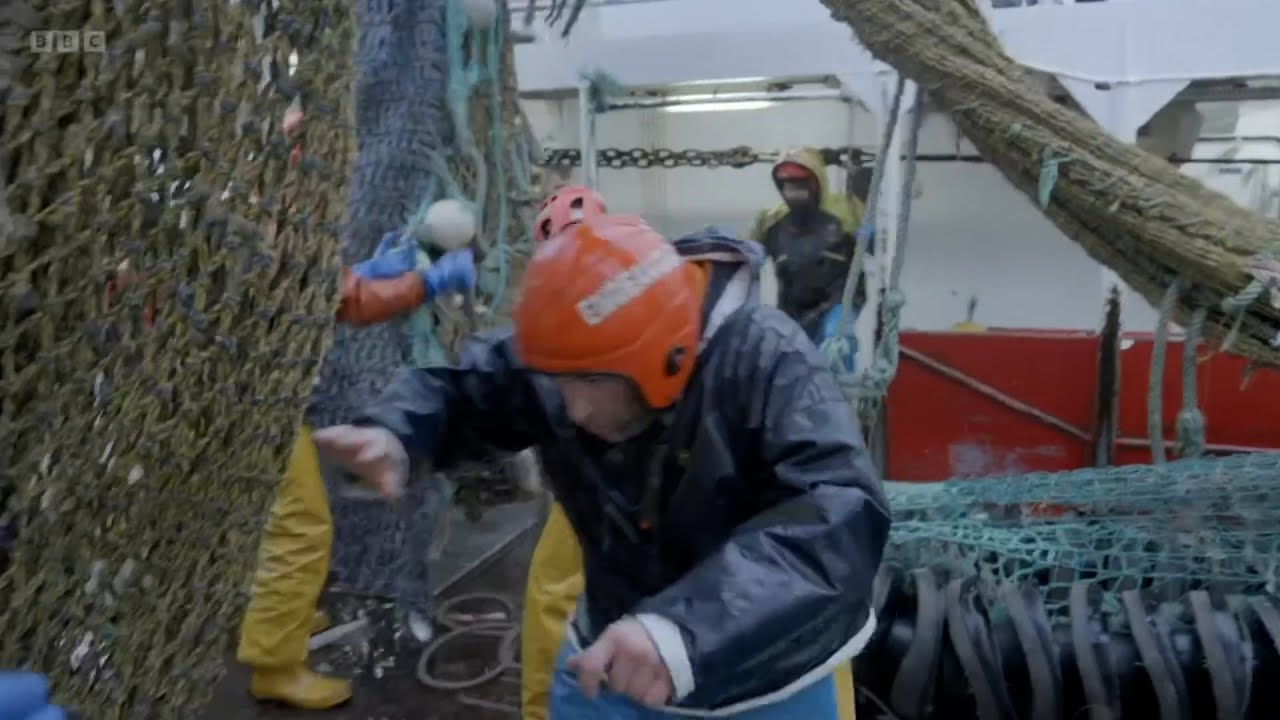 Documentary
Share on Facebook
Share on Twitter
Share on Pinterest
Share on LinkedIn
Trawlermen: Hunting the Catch S01E02 – BBC Documentary
Off the coast of Yorkshire, Siwrengale is heading out for the beginning of the North Sea whelk season. Skipper Darren Warters is on the hunt with sons Regan and Lewis. Asian demand has created a lucrative fishery in this small patch of the North Sea, but winter storms have badly damaged their pots. Miles of rope must be untangled before they can begin fishing in earnest.

South east of Shetland is ‘Long Hole’ – the deepest waters in the North Sea. Reliance III is the only boat for miles around. In this secret spot, skipper John Clarke is hunting for whiting. But the whiting trade is one of the most volatile in fishing. When his grounds are discovered by rival boats, John is forced to move on.

Endeavour 5 is far off in the North Atlantic, hunting for squid along the continental shelf. The brand new £8m boat was part-financed by a huge bank loan and built to withstand the toughest conditions off Scotland’s west coast. When the squid prove elusive, the pressure starts to mount. But could the arrival of a winter storm see Endeavour’s rivals forced back to harbour, giving it a monopoly over the squid grounds?